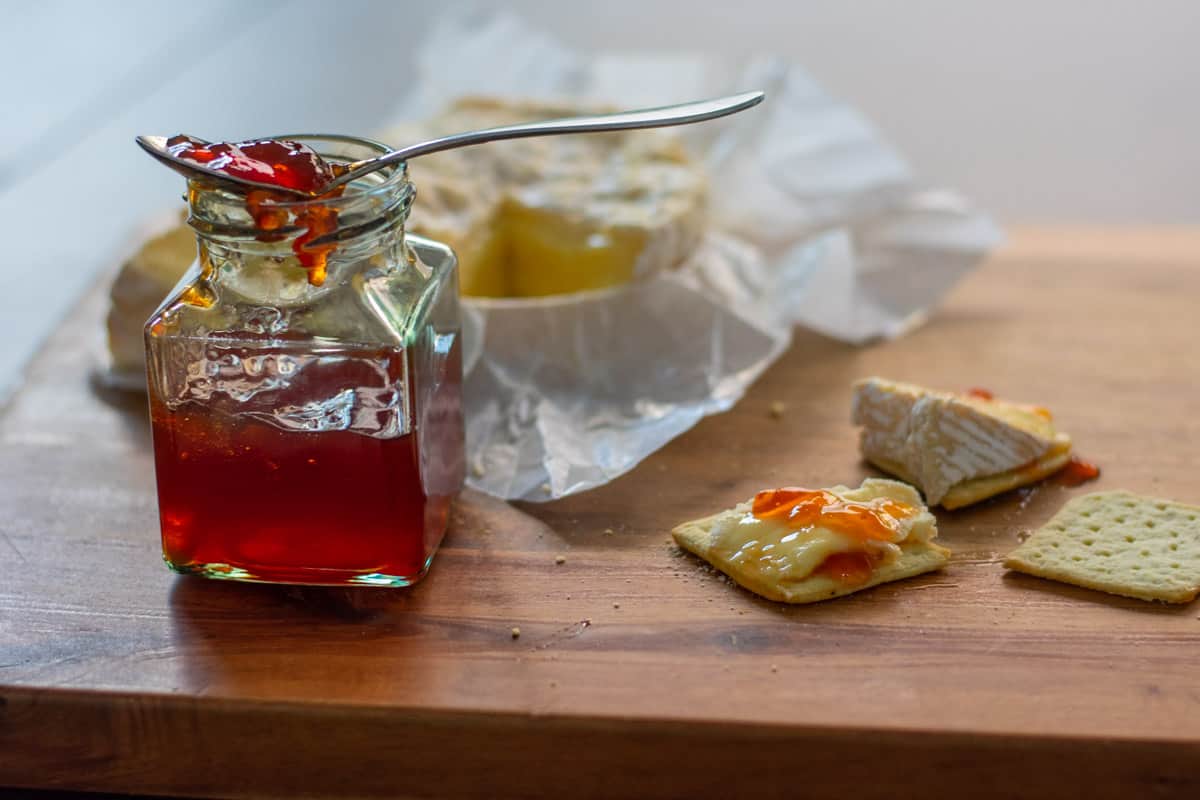 This jelly has complex flavour profile. The initial punch of sweet apples is followed by the floral rosehip flavour, with herbacious savioury undertones. It’s quite simply delicious! This jelly can be enjoyed like most others – on toast – but it is also wonderful with soft creamy mild cheeses.

Rosehips are the seedpods of wild roses. Whilst the seeds themselves are hairy and an irritant when eaten, the pod itself is incredibly flavoursome. They are enjoyed in soups, teas and syrups in Scandanavian countries. In Britain, rosehip syrup was particularly popular after the second world war, where it was drunk for medicinal purposes. Rosehips have 8 times more vitamin C than oranges! Syrups and jellys are still made these days in the British countryside, although they definitely aren’t as common as they used to be. It’s time for a flavour revival!

Where and when to find rosehips

Wild rose bushes grow in headgerows and parks all over the country. The orange/red fruit starts to emmerge in autumn. Traditionally, they were picked after the first frosts. However, in London these days, it is typical to harvest them in late September, early October, prior to the first frosts, once they are bright red and a little soft to the touch.

How to process rosehips

Freezing rosehips can mimic frosts, softening the fruit by rupturing the cell membranes, allowing the water contents and lots of flavour to escape. The seeds must be removed at some point since they are very hairy and an irritant to eat. It is much less time consuming to remove the seeds and fruit pulp after the rosehips have been boiled using a jelly strainer, however, this method does loose a lot of fruit pulp. Covering the rosehips with water and boiling for around 1 hour is usually enough to release most of the flavour of ripe rosehips that have been frozen – although I also mash the fruit with a poato masher half way through this process for maximum infusion. Rosehips can alternatively be placed in a pressure cooker for 20 minutes.

Crab apples are tiny, hard, tart apples that often grown in the wild. There are several different species so the colour can vary alot, from greens and browns to yellows and reds. The red crab apple species is often cultivated as an ornamental tree, since the numerous fruit looks like spectacular red jewels throughout autumn and the beginning of winter. Despite its ornamental status, the apples are edible. They are too tart and hard to eat raw, but have a sweet appley flavour when cooked with herbaceous undertones. Most apples contain a high amount of pectin in the skins and pips and crab apples are no different. They lean so well towards preserves, particularly jellys, since straining pips out with the fruit pulp is quick and easy. They are ripe when the pips are brown and the flesh has slightly softened.

Trim the stems since boiling these results in a slight bitter flavour. Cut them in half to expose the pips and cover them with water. Boil for at least 40 mins. Mashing them half way through helps release the juices. If making preserves, it’s best to avoid a pressure cooker here, since it can denature the pectin, which will effect the setting of the jelly. 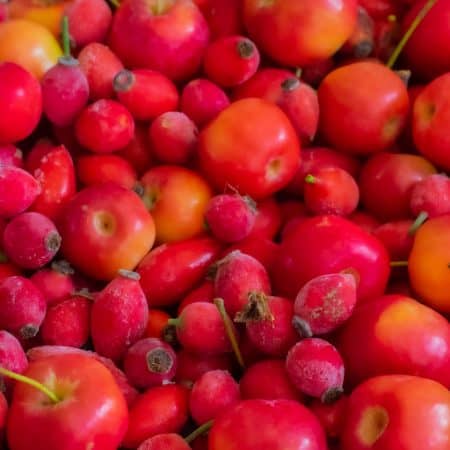 This jelly has complex flavour profile. The initial punch of sweet apples is followed by the floral rosehip flavour, with herbacious savioury undertones. It's quite simply delicious! This jelly can be enjoyed like most others – on toast – but it is also wonderful with soft creamy mild cheeses.
Print Recipe Pin Recipe
Prep Time 2 hrs
Cook Time 1 hr
Course Breakfast, Dessert, Snack
Cuisine British

Keyword Jam, Jelly, preserves
Tried this recipe?Let us know how it was!

If you would rather drink this jelly – it leans itself toward gin, due to it herbaceous undertones. Get the recipe here: rosehip and crab apple gin cocktail. 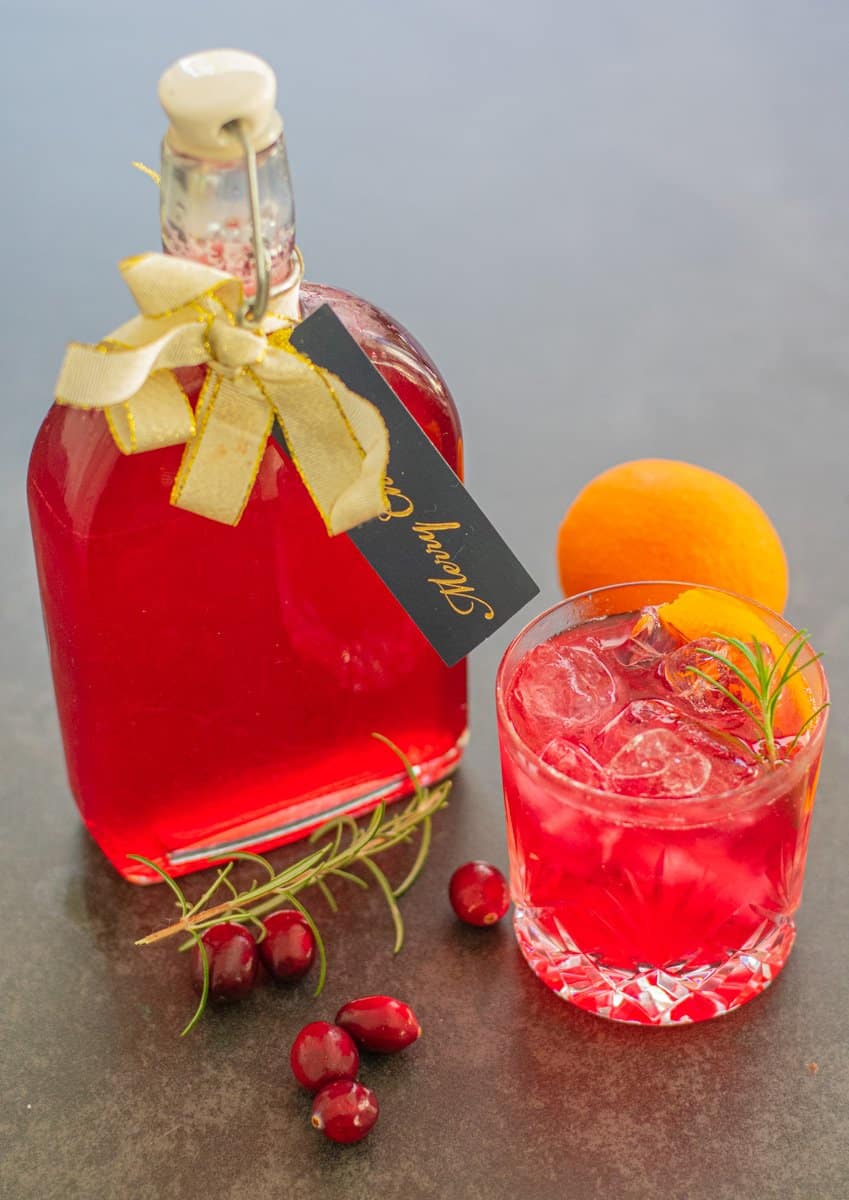 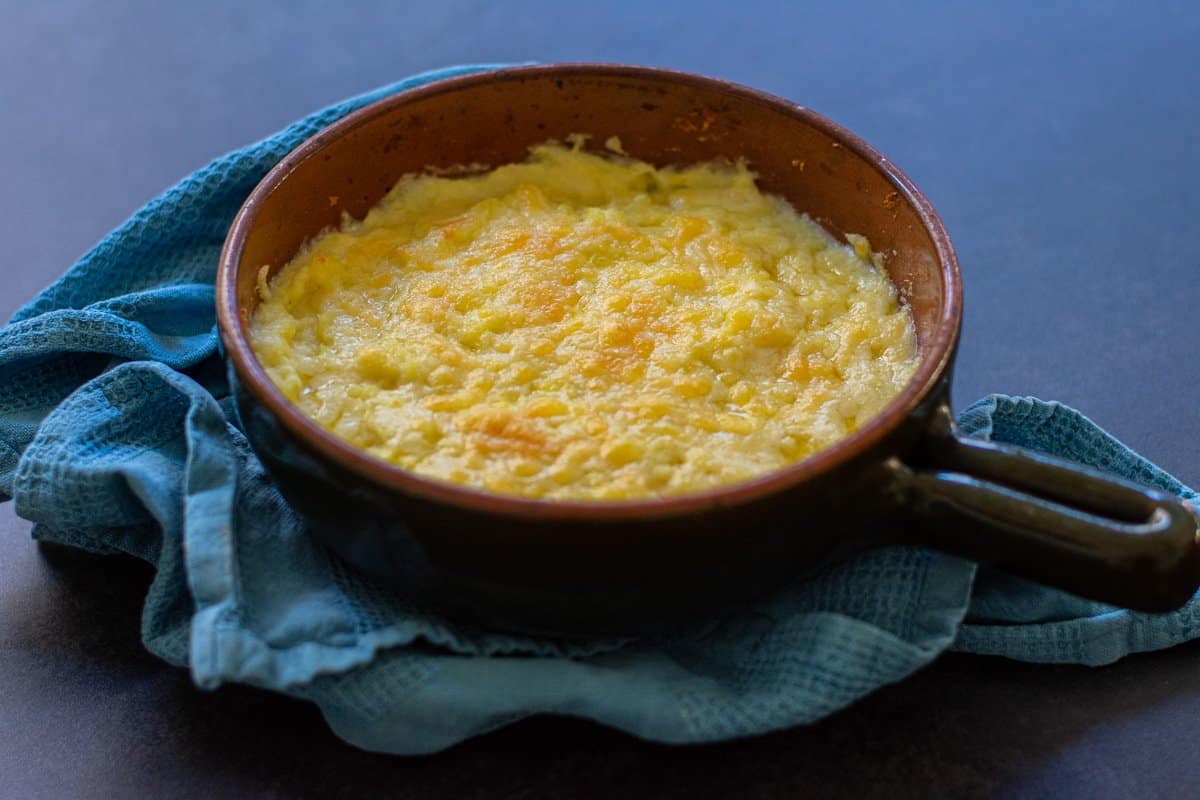 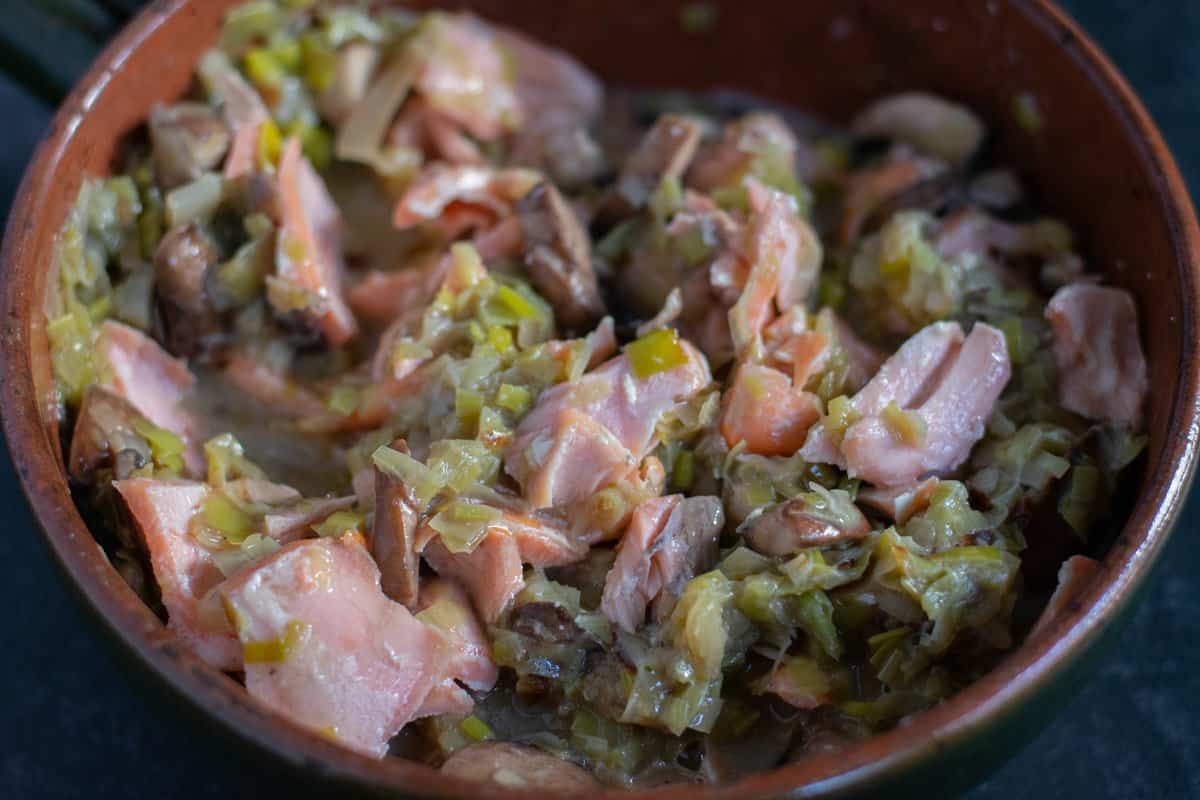 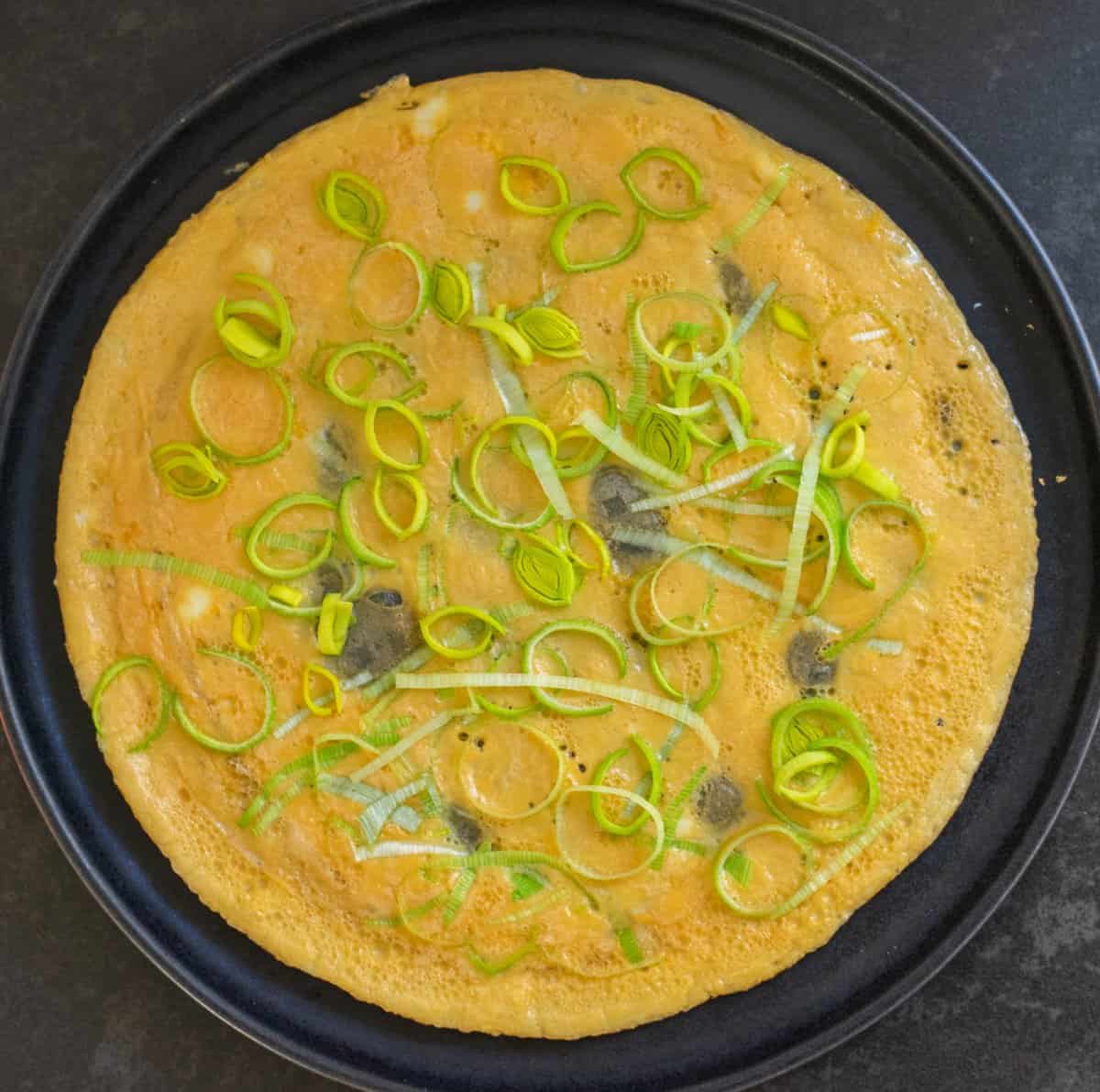 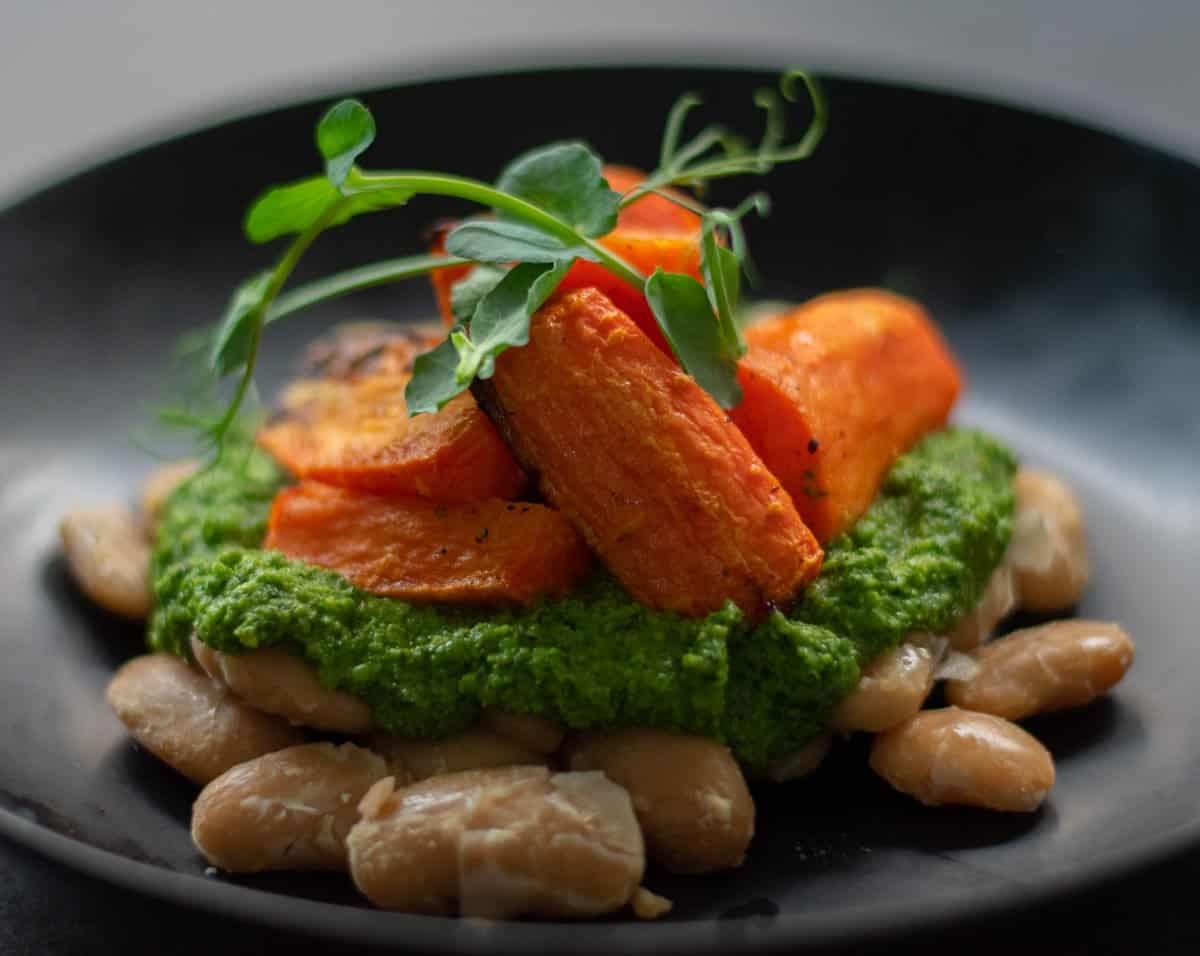 Butter beans with roasted carrots and a herby pea puree 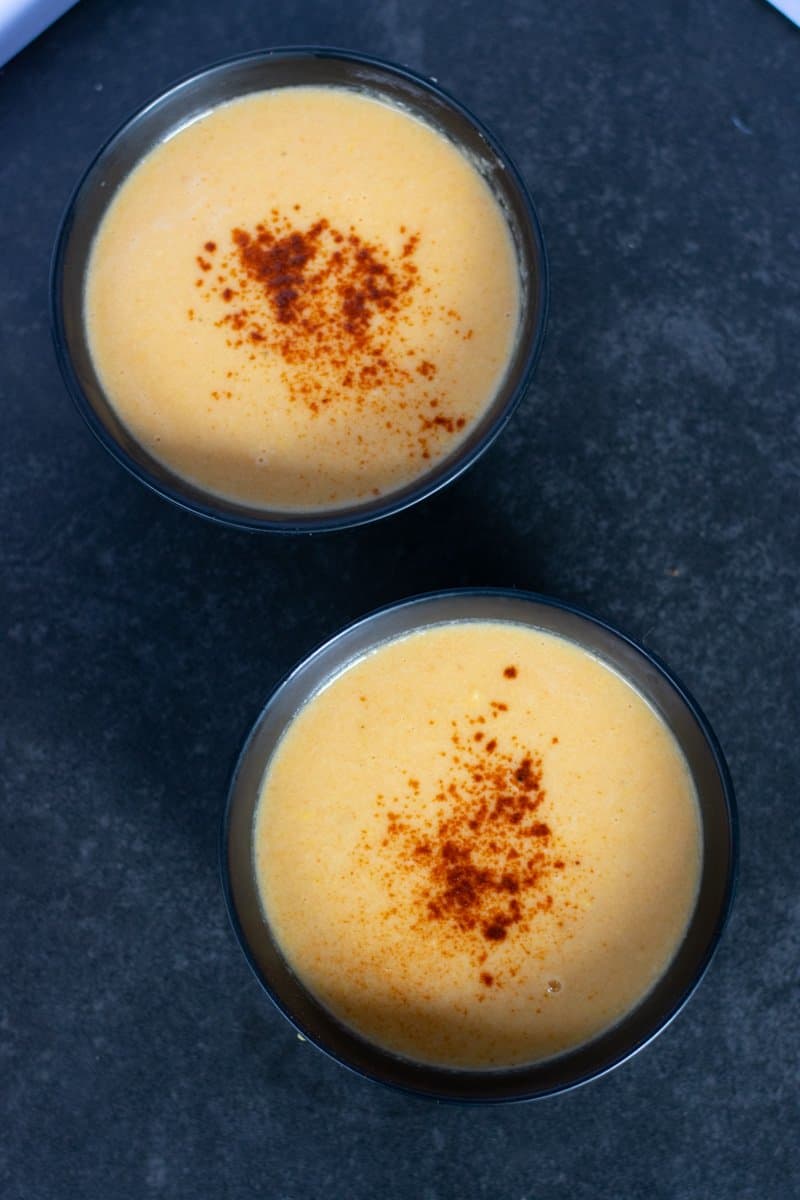 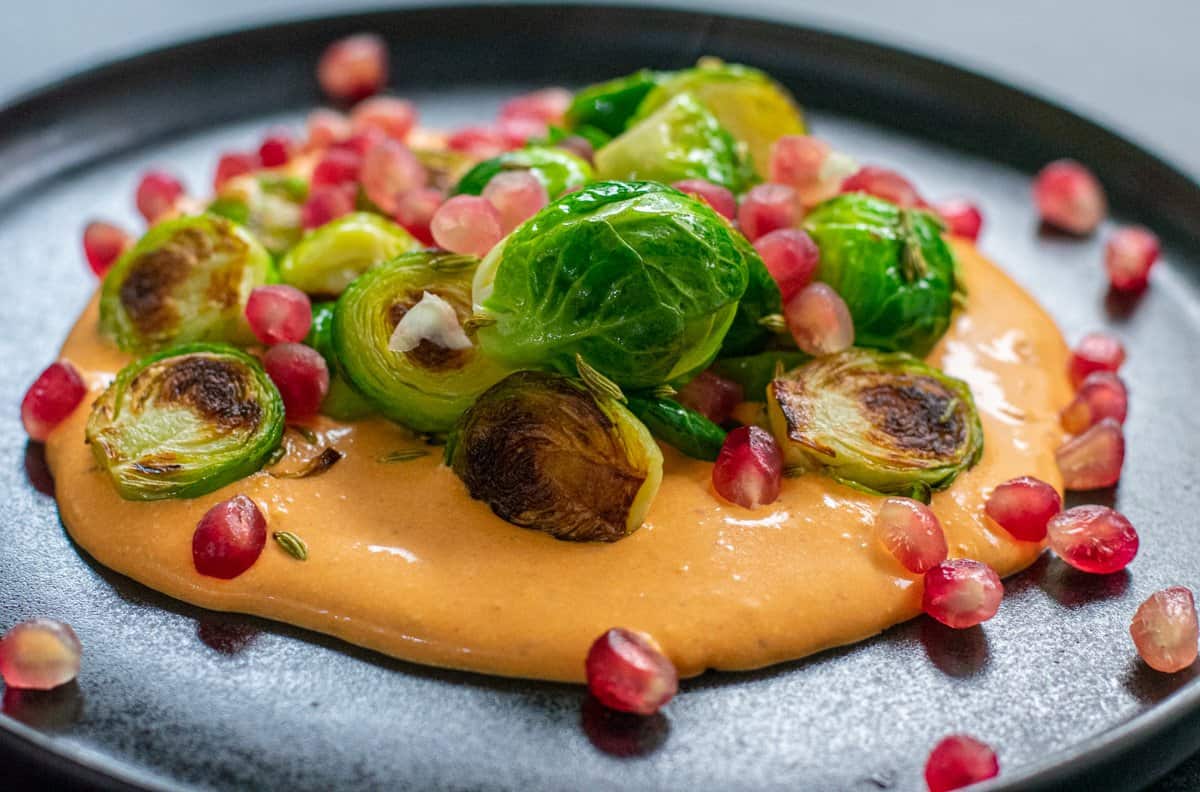 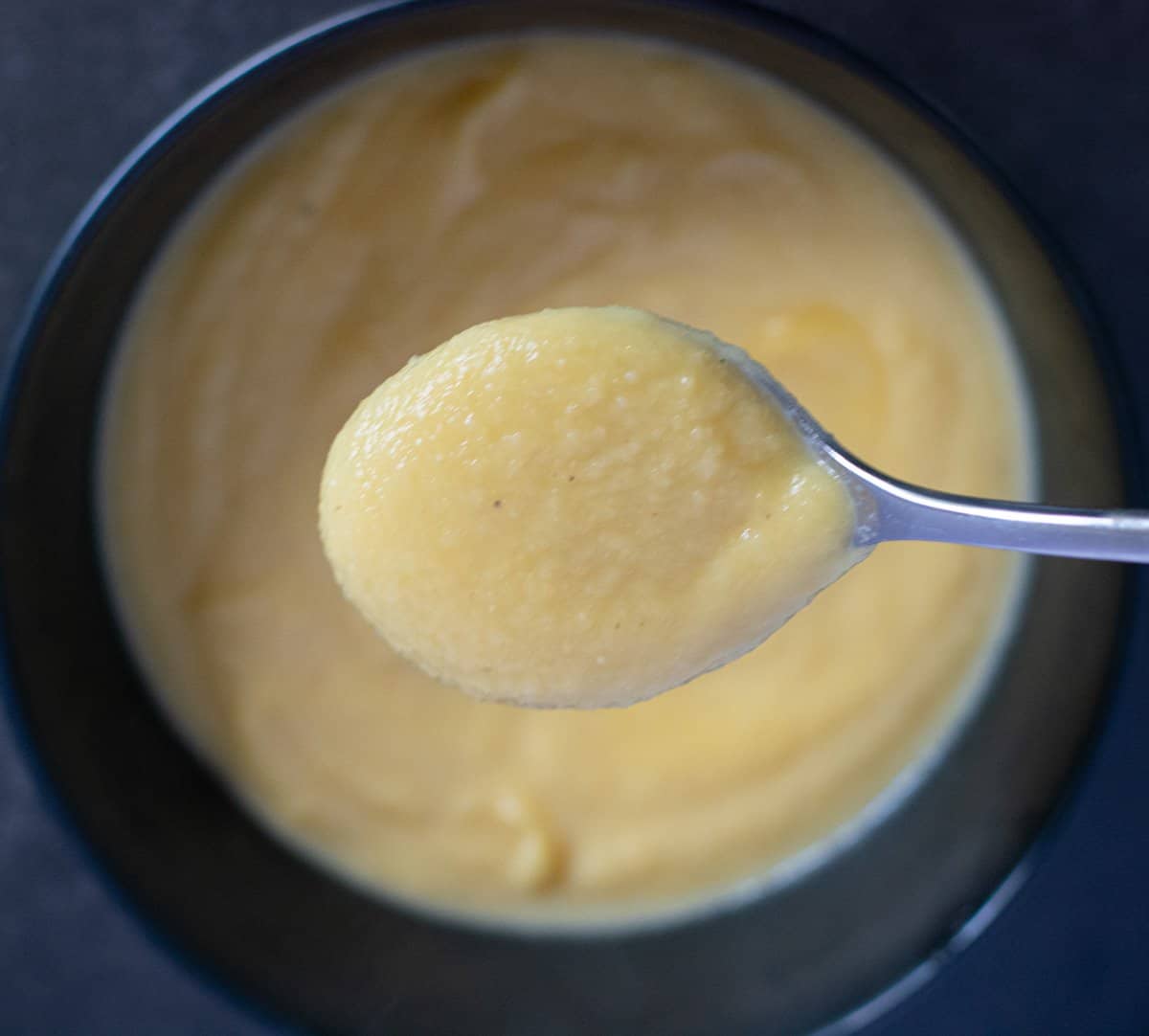 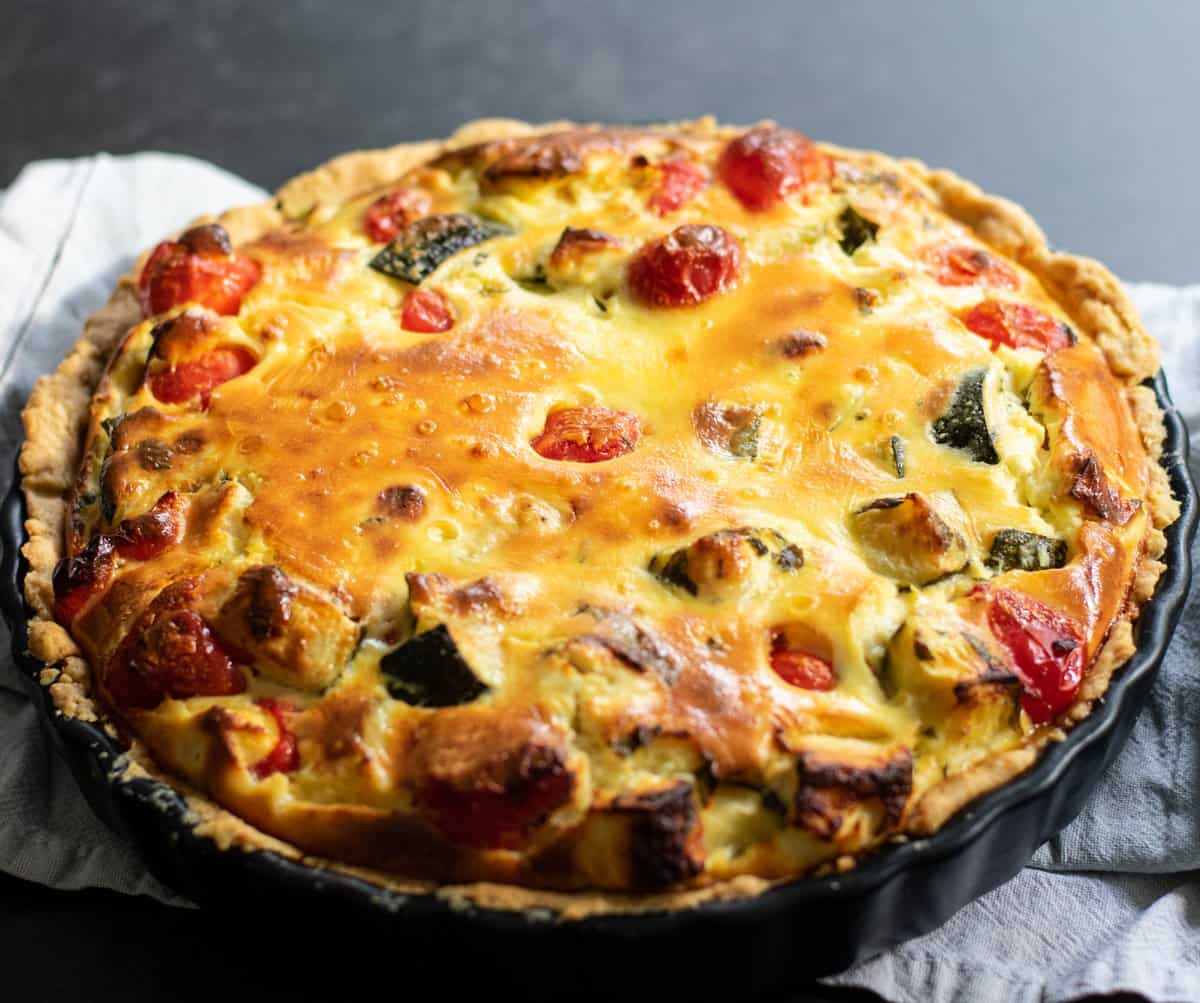 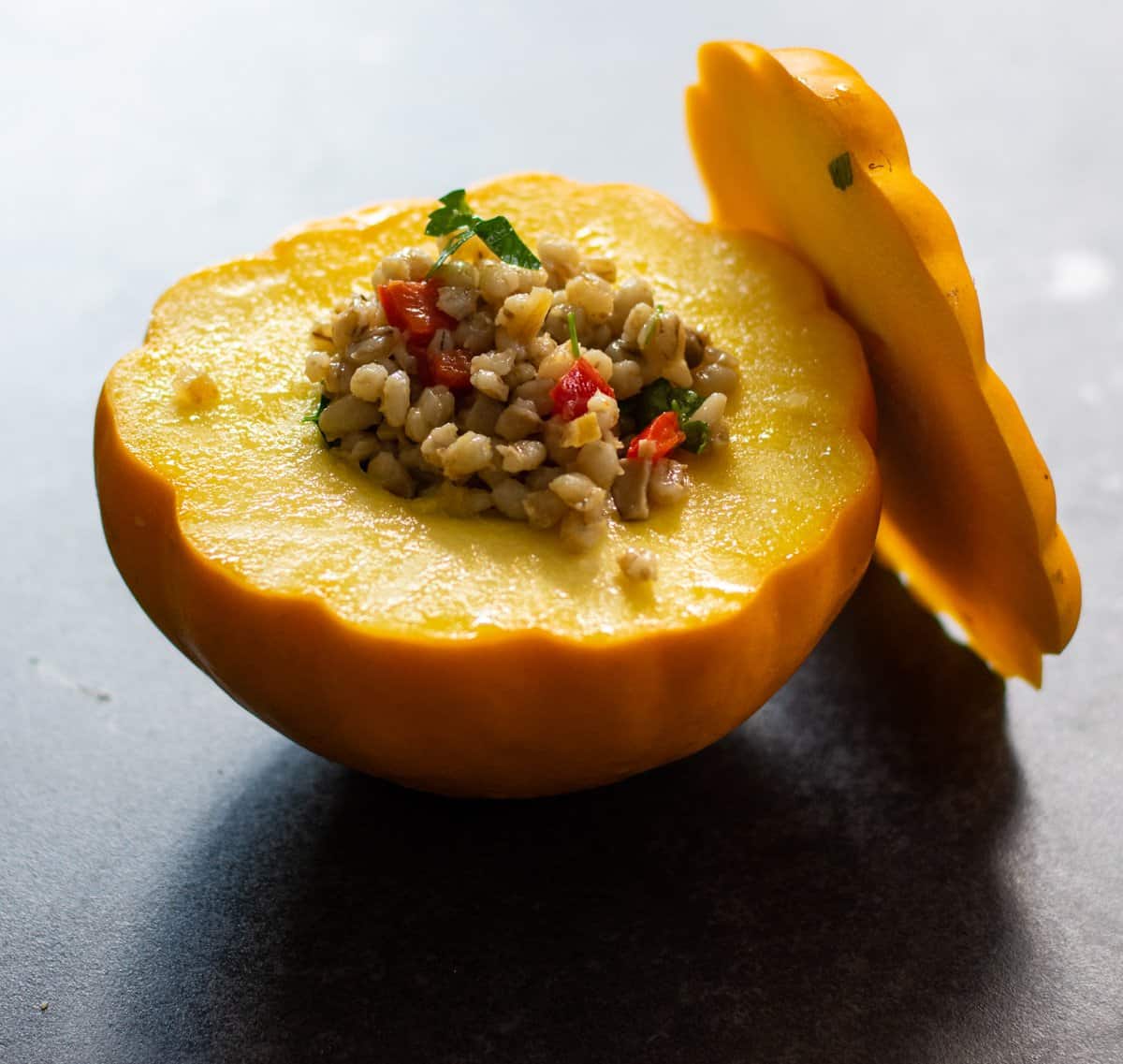